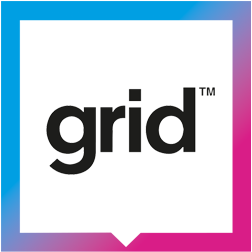 The ultimate potential of rivers as the greener arteries of urban deliveries is yet to be unleashed with the growing pressure to seriously address city traffic congestion and its impact on the environment. Increasingly mentioned as a viable alternative thoroughfare for logistics transportation, it is believed that rivers can be better utilised for large-scale light freight deliveries, particularly in London, which if deployed successfully will generate positive economic and environmental outcomes, benefitting London, southeast region and the UK as a whole according to the report commissioned by the Thames Estuary Growth Board.

The River Thames is the UK’s busiest inland waterway carrying 60% of all goods lifted on the UK’s inland waterway network, already keeping 265,000 lorry movements off London’s roads. According to the Port of London Authority (PLA), there is the capacity and desire to do more, as data published by the PLA and Department for Transport (DfT) shows that water-based deliveries accounted for just 13% of all domestic goods moved across the UK in 2019.

PLA studies have shown that movement of freight by water is better for the environment. The graph below compares the CO2 emissions produced by the four main methods of transport – water, rail, road, and air.

These statistics are calculated on the following methods of transport:

Upscaling and wider implementation of light river freight could make it competitive, especially if you were to internalise and price the externality that is the environmental costs of reduced congestion and reduced air pollution in the local area.

It’s great to see all the studies and hard work focusing on the transition towards moving to river freight. They have highlighted challenges in access to cross-docking facilities and the amount of stakeholders involved both directly and indirectly providing a  clearer path to show how technology could help alleviate these challenges and create better relationships between and outcome for all stakeholders involved.

The missing link between the river and road

Despite such great potential, intermodal transfers between river and road remains a challenge particularly in areas around the inland waterway piers and wharves.  With increasing competition for a diminishing kerbside asset, there’s never been a more urgent need to adopt a more flexible and dynamic way for highway authorities to manage their fixed asset. Diminishing capacity, inflexibility and little or no dynamic prioritisation or management of kerb space adjacent to wharves and piers is still causing serious congestion problems and potential risks to the health and safety of local residents and vulnerable road users. In most cases, existing spaces are still managed by outdated systems using methods that are often enforcement driven and not always fit for purpose and are not able to cope with the competing demands.

The growing pressure on government and stakeholders to facilitate new place based on active travel infrastructure developments are equally challenged by resistance to change from various actors. There is going to be resistance if there is no seamless, commercially viable and easy to adopt solution. If it appears complex, commercially impractical, and costly, then it can work in theory, but it can never be adopted realistically because it either costs too much money or it is often seen as too complex to solve.

It doesn’t have to be this way. Effective digital kerbside management solutions exist that can bring order to this chaos.

“Any successful adoption to a change of practice needs to be simple and must complement the existing processes; instead of being the new thing or a new trend of technology that doesn’t fit in, and isn’t able to be integrated into an existing applications, practices, and processes.

If we can do that and make it seamless, it becomes commercially viable. If it is commercially viable it becomes adopted quite quickly – the market adapts and the environment and social benefits generated means less traffic on the road, less congestion, much improved air quality and everything that we are all trying to achieve with the decarbonisation and the NetZero strategy.”  Neil Herron, CEO, Grid Smarter Cities.

PrevPreviousGrid Smarter Cities join a group of TRL innovators to initiate debates addressing serious threats cause by lack of kerb space management.
NextGrid Smarter Cities’ Kerb technology is shortlisted for the “Better Environment through Technology Award” at the ITS UK Awards 2022.Next

This website uses cookies to improve your experience while you navigate through the website. Out of these, the cookies that are categorized as necessary are stored on your browser as they are essential for the working of basic functionalities of the website. We also use third-party cookies that help us analyze and understand how you use this website. These cookies will be stored in your browser only with your consent. You also have the option to opt-out of these cookies. But opting out of some of these cookies may affect your browsing experience.
Necessary Always Enabled
Necessary cookies are absolutely essential for the website to function properly. These cookies ensure basic functionalities and security features of the website, anonymously.
Functional
Functional cookies help to perform certain functionalities like sharing the content of the website on social media platforms, collect feedbacks, and other third-party features.
Performance
Performance cookies are used to understand and analyze the key performance indexes of the website which helps in delivering a better user experience for the visitors.
Analytics
Analytical cookies are used to understand how visitors interact with the website. These cookies help provide information on metrics the number of visitors, bounce rate, traffic source, etc.
Advertisement
Advertisement cookies are used to provide visitors with relevant ads and marketing campaigns. These cookies track visitors across websites and collect information to provide customized ads.
Others
Other uncategorized cookies are those that are being analyzed and have not been classified into a category as yet.
SAVE & ACCEPT
Menu